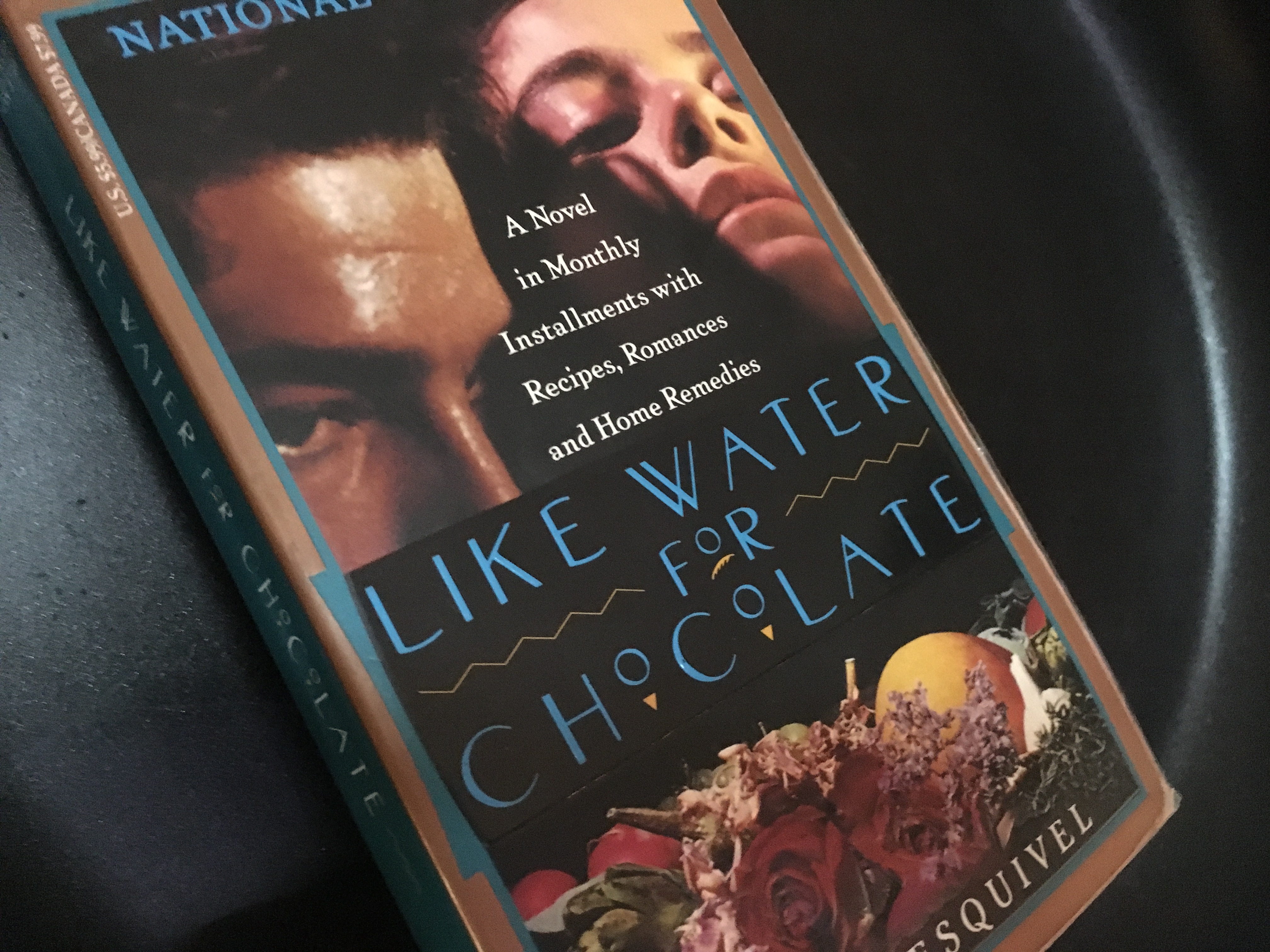 Magical realism isn’t one of my preferred genres. In fact, it usually gets sifted to my “Avoid That” pile, along with horror and suspense (and most mysteries). There’s something about it I don’t really like.

So I will admit that when I picked up Like Water for Chocolate, I didn’t realize it was written in magical realism. Don’t know how I didn’t though. The back cover reads:

I think I might like magical realism. I’m not completely converted, but I definitely read this entire book with bated breath. What will happen next? Will Tita find true love? Could I make that recipe in real life?

It’s a beautiful book. The language is exquisite, and the story is romantic and strange and sensual and unsettling (in a good way). It’s about one family and the traditions they’ve passed down generation to generation. It’s a cook book (kinda). It’s a love story (definitely). It starts with an inscription that reads:

“To the table or to bed,
you must come when you are bid.”

And it’s so different than anything I’ve read before.

And that’s such a huge shame. It’s almost embarrassing how little I know of Mexican culture, considering how many of the students I worked with in Oakland are from Mexico and still have family there. Sure, I know about the bigger holidays and some of their food. But what about the more subtle things?

Not having read much Mexican literature, this book made me realize how I am in danger of having a “single story” about Mexico.

With her best-selling novel . . . Laura Esquivel has managed to pierce the gringo heart of America like no other Mexican artist before her.” – San Francisco Examiner

Now, what other Mexican literature would you recommend I read?

Magic realism, chiefly Latin-American narrative strategy that is characterized by the matter-of-fact inclusion of fantastic or mythical elements into seemingly realistic fiction.

As a writer, Like Water for Chocolate would be an excellent place to start to study magical realism in action.

On the second page, Tita cries so much at birth that when her tears have dried, “Nacha swept up the residue the tears had left on the red stone floor. There was enough salt to fill a ten-pound sack–it was used for cooking and lasted a long time.”

We’re only on the second page, and the magic is there. No one questions tears so abundant that when they dried, they left behind salt. Or that the salt wouldn’t get wasted.

The book is sprinkled through with those elements, where things are going along realistically–humans and nature behaving the way I learned in science class–and then Boom! Crazy things happen like Tita cooking her pain and sadness into a cake so that all who eat it weep and vomit, or Gertrudis becoming so full of lust that she sets the shed on fire.

And even when the book is moving along at a quick clip–with the kinds of plot twists, character development, and cause-and-effect situations that a traditional story would have–Esquivel doesn’t let you forget you’re reading magical realism. Her descriptions are lyrical, her word choice can be intense, and every chapter is tied to a recipe, easy to identify with their present tense verbs and tasty ingredients.

If I were going to write a book in the style of magical realism, I would reread Like Water for Chocolate, taking notes on the way Esquivel slips in magical moments without blinking and maintains an aura of magic even when “normal” things are happening.

And it’s a relatively short book, especially compared to other well-known books like Gabriel Garcia Marquez’s One Hundred Years of Solitude, so it would be an easy source text.

Oh, and for a giggle, watch the movie trailer.